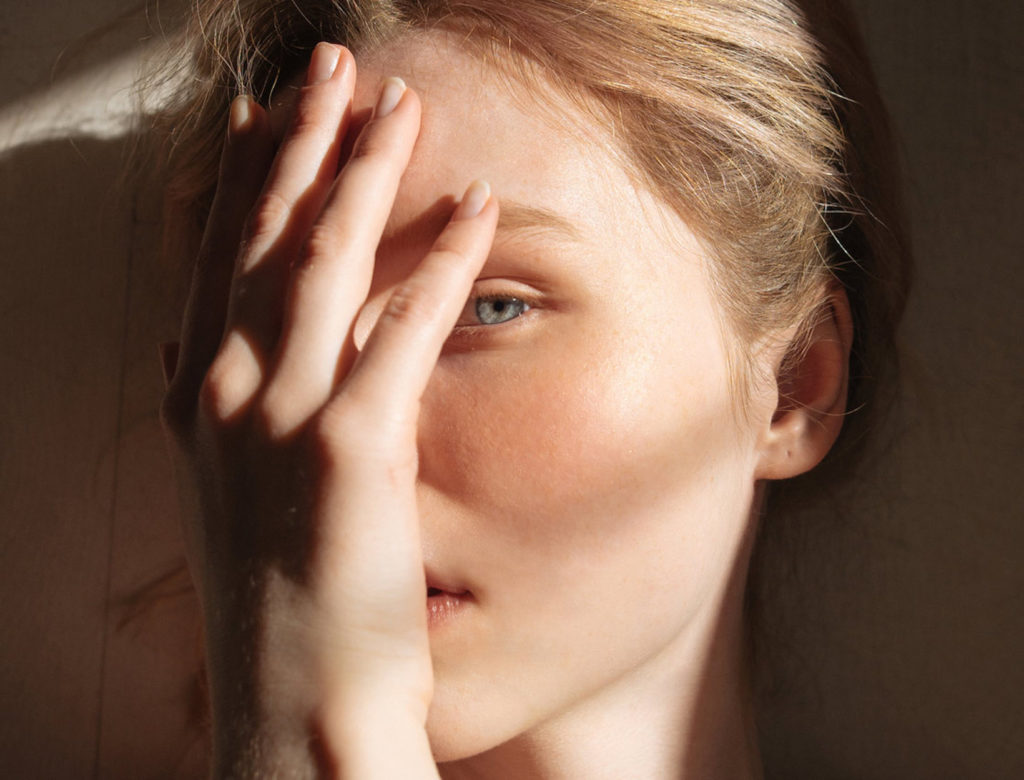 Why the Idea of Laziness Is a Lie

Why the Idea of Laziness Is a Lie

It’s a Thursday afternoon and you’re tired. But it doesn’t make sense: You haven’t completed any herculean tasks or done anything abnormally exhausting. In fact, you’ve done less than you planned to do. Instead of validating the idea that you might actually be tired, you chastise yourself for feeling something you haven’t earned.

This kind of shame spiral—sound familiar?—is a one-way ticket to burnout and a symptom of a pervasive belief system psychologist Devon Price calls the laziness lie. As Price explains in their brilliant book, Laziness Does Not Exist, this belief system hurts our own well-being, work, and relationships, and it undermines our capacity to be compassionate to others. In this interview, Price unpacks the commonly held beliefs many of us have around laziness and productivity and explains how we can train ourselves to think differently.

A Q&A with Devon Price, PhD

Q
Where does the idea of laziness come from?
A

The word “lazy” first appeared in English in the 1540s, and it was used to mean someone who disliked work or effort. Many etymologists believe it came from either the Middle Low German “lasich,” which meant “feeble” or “weak,” or from the Old English “lesu,” which meant “false” or “evil.” The idea that “lazy” people are weak and lack motivation, making them morally corrupt and evil, is still with us today.

Many of the things that we call laziness, such as procrastination, are often driven by perfectionism and anxiety. When we look at someone who won’t get started on a research paper because they’re super anxious and they don’t know how to begin—even though they care a great deal about getting the job done perfectly—we call them lazy. This idea that laziness is a moral failing comes into play when we look at cultural attitudes towards disability, drug addiction, and homelessness—three areas in which people are often blamed individually for problems society has created.

Q
What is the laziness lie?
A

The laziness lie is a belief system that says hard work is morally superior to relaxation and that people who aren’t productive have less innate value than productive people. It’s an unspoken yet commonly held set of beliefs and values. It affects how we work, how we set limits in our relationships, and our views on what life is supposed to be about.

There are three core beliefs that drive society’s hatred of laziness:

Your worth is your productivity.

This idea is problematic on a fundamental level and also because, for example, children, the elderly, the disabled, and people with depression can’t always be productive. Those lives still have innate value. And if you think that working hard and getting a lot done is how you earn your right to be alive, you’re always going to be taking on more than is healthy for you. When we’re struggling or we’re not productive, the idea that our productivity is connected to our worth makes us easy to exploit.

You cannot trust your own feelings or limits.

Because productivity is the most important thing, you’re supposed to ignore or downplay anything that gets in the way of that productivity: If I feel tired in the middle of the day, I beat myself up over it or I tell myself that being tired doesn’t make sense. I haven’t earned a break yet because I haven’t gotten enough done. This is a risky thought process because it leads us to have a distorted sense of those signals. We don’t trust the feelings of needing to stop working because we assume that they make us a bad person. This can erode our health because when people don’t get enough breaks, they’re at an elevated risk of burnout.

There’s always more that you could be doing.

This one is particularly dangerous because it comes down to much more than just work. There are many realms of life that we can be made to feel guilty about or where we can feel like we’re not enough.

Q
What’s a sign that you’re falling into the trap of the laziness lie?
A

If your first reaction is to see an emotion as a threat to your productivity, that means there are some improvements to be made. Pay attention when your first impulse is to question an emotion, whether it’s annoyance, resentment, or tiredness.

Second, notice if you think of rest and self-care only as a means to making yourself more productive. As long as you are thinking like that, you’re still measuring your life in a conditional way. Wasting time is a necessary part of life. Basic human needs and our lives can be defined by our values, our relationships, and the things that give us pleasure, rather than guilt, shame, productivity, or trying to earn our right to be alive. There is no such thing as earning the right to be alive. We all deserve to be happy and comfortable no matter what we do or don’t do.

Q
If someone has noticed that they’ve fallen into the laziness lie, what are some practices they can do to get out of it?
A

One thing that I encourage people to do is keep track of how they spend their time, not from a place of judgment, but because your current habits are data about what you’re capable of. Instead of shaming yourself for not getting an activity done, notice what you don’t do and ask yourself if you actually care about that activity or just think that you should.

Also, get used to the idea that all your time is already accounted for. If you notice there are moments in the day where you stop working and fill the time with distractions, pay attention to when this happens and accept that maybe your body needed that time of rest or else you wouldn’t have been able to focus afterward.

A good exercise is to look at your goals and notice the ones that you don’t meet consistently. Then think about how you feel when you don’t meet that goal. Which goals do you care about and what are the things you’re putting a lot of energy into that don’t matter to you? Maybe you can swap some things around and focus on what is significant and what can you let go of. Ask yourself: What can I cut out? Not: How can I make another thing fit in?

Q
What’s a healthy, realistic way to assess productivity?
A

In that realm, I encourage people to think about what they can get away with. Depending on what industry they work in and how they spend their time, they may notice that there are things in their workplace that are being done only to compete with coworkers or to try to outshine another person. Such as staying late for the sake of it or saying yes to an assignment that’s going to burst their workload. Think about whether you can get away with leaving at the time you’re supposed to. Can you say no to that assignment that’s going to overload you?

Also, communicate with your employer. When it is time for your performance review, make sure you’re giving yourself credit for everything you’ve done, including the people at work you’ve helped and the things you have learned, not just how many hours you’ve worked.

Q
What are some ways we can help the people in our lives who have been hurt by the myth of laziness?
A

We often don’t give people credit for how hard they’re fighting to stay alive, to be okay, and to get the rest that they need when they have mental health stuff going on. Instead, we see that they’re not doing enough based on our standard of what they should be doing, and we call them lazy.

Instead of throwing that judgment at people who don’t do something, which leads us to be frustrated or label them as lazy, the question should be: Do they want to achieve this goal? And if they’re failing to achieve a goal that matters to them: What can we do to help?

If you are close with someone, that’s when you have the chance to get curious about what’s getting in your friends’ or family members’ way. Try to reassure them and help them recognize how much they’re dealing with.

Once you’ve established trust, which is hard sometimes, ask them: “What are some of the things you’ve noticed that are getting in your way? What are some things that I can help you with?”

Q
How have these ideas about productivity and laziness persisted or changed during the pandemic?
A

Because people are stuck at home and there’s no commute, for most, there’s more time to work. But people have been treated as if they’re lazy and getting away with something at the same time. Therefore, we’re in this awful paradox: People are working more than ever before. It’s harder to escape your email, meeting invites, and work. And we’re being told, at the same time, that we’re not taking advantage of this time or being productive enough.

Q
What are some signs that you’re someone who has linked productivity with inherent goodness, and how do you break away from that thinking?
A

If you’re moralizing work and assuming doing something is better than doing nothing, that is a good sign that you believe that productivity is moral and doing nothing is immoral. Another sign is the belief that doing things quickly and having results to deliver is proof that you’re a good person.

It doesn’t hurt anyone to sit and reflect. Stop to ask yourself, Do I need to do anything? Do I need a break? This is all morally neutral stuff.

If you feel guilty just sitting still and reflecting, practice getting more comfortable with detaching from the idea that urgency and being productive make you a better person than others.

Q
What are alternate ways to view your own worth?
A

Every living thing has worth, and we’re all part of the universe. We don’t owe a debt to society or to the universe, because we make up society and the universe.

For example, a leaf doesn’t owe anything to the tree that it is on. It is part of the tree. Another great example for understanding the meaning of worth is appreciating your pets. Most pets don’t do anything productive—they chill, they sleep, they eat, they gnaw at baseboards, and they like to be petted. Many people love their pets just because they exist.

Practice the universal regard that life is precious. Live with the belief that everybody is worthy, no matter what they do. That makes it much easier to start to believe that about yourself.

Devon Price, PhD (they, them, theirs) lives in Chicago and is a social psychologist and professor at Loyola University of Chicago’s School of Continuing and Professional Studies. They are the author of Laziness Does Not Exist.

We hope you enjoy the book recommended here. Our goal is to suggest only things we love and think you might, as well. We also like transparency, so, full disclosure: We may collect a share of sales or other compensation if you purchase through the external links on this page.

iThere are no comments

This site uses Akismet to reduce spam. Learn how your comment data is processed.

Begin typing your search above and press return to search. Press Esc to cancel.